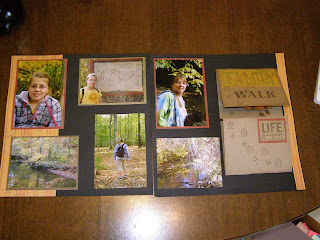 So scrap camp at Son-Life camp was cancelled.  Bummer!  I did have a few girls that were planning on going over to my house.  Thanks guys for coming, it made missing camp not so bad.  I did not get as much done as I would have liked.  I was busy babysitting the puppy( no peeing on people's stuff), chasing Alley away( she thought everyone was there to see her) , and getting Ninja out of people's tote( he climbed right in people's stuff)  I was a little busy.  I did make this fun page with some pop-up trees.  I already had the did cut from Sizzix. I also used the new stamp A Journey for the foot prints and saying.  (I love this little stamp and the price is great) I used the alphabet stamp Urban Alphabet for the title. 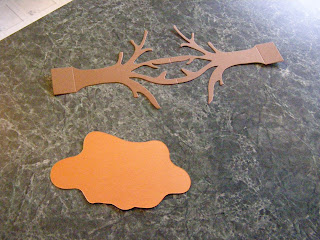 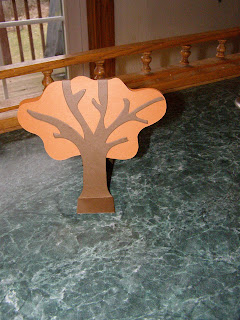 This is what the die cut looks like cut out and put together. The paper pack I used is Abundance.  I have been busy all week working so this is the first chance I have had to post the layout. 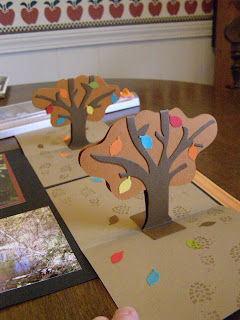 Here is the pop-up trees when the title is opened.  Thanks for stopping by.  Happy scraping
Posted by luv2srap at 1:10 AM